SPHERE commits to “zero loss of pellets”
to safeguard nature

The global issue of marine debris lies at the heart of the new European and French regulations. The recent ban on some single-use plastics (drinking straws, cotton buds, etc.) will not be enough to resolve it. Marine debris does not recognise borders. It is a major global challenge, and all stakeholders have a role to play in defeating it: manufacturers, the general public, NGOs, scientists, local authorities and public authorities.

The loss of industrial plastic pellets in the environment is a daily problem. Every year in Europe, 41,000 tonnes of unprocessed plastic pellets end up in the oceans. To deal with this pollution, Operation “Clean Sweep” was set up in 2014 by the American Chemistry Council (ACC).

Several Group subsidiaries have also subscribed to this voluntary commitment and have mobilized to prevent environmental risks. However, since January 1, 2022, the Anti-Waste and Circular Economy Act (AGEC) provides that industrial sites handling plastic granules (IPG) have equipment to prevent possible leaks.

The SPHERE group’s commitment policy on this worrying subject requires its subsidiaries to prevent and control potential pellet leaks.

A new certification relating to the prevention of losses of industrial plastic granules is developed. For example, JET’ SAC is among the first manufacturers to obtain this new certification issued on March 22, 2022 by AFNOR attesting to their commitment to contain these leaks and prevent their dispersion in the environment.

In March 2011, the world’s plastics associations signed the Hawaii declaration for solutions to marine debris. In France, Elipso, PlasticsEurope and the Federation of Plastics, now known as POLYVIA, all put their signatures to the declaration. In 2021, they are involved in 395 projects including the “Clean Sweep” operation launched in 2014.

The SPHERE group and its subsidiaries are committed to the Clean Sweep®.

SPHERE and its subsidiaries are taking part in the Clean Sweep Operation to prevent the loss of pellets at their production sites. Thus, the subsidiaries have installed equipment to contain the loss of pellets and prevent their release into the environment. Several procedures have been put in place, such as identifying risk areas and making sure that packaging intended for storage and transport is designed to minimise the risk.

This programme to protect the environment applies to the entire plastics value chain. It is therefore essential that all the stakeholders are aware of it and that they are fully mobilised to support it.

Our employees are trained and informed through internal audits, to ensure they observe best practices when handling pellets and to prevent any losses. Service providers and suppliers are also involved in our sustainable development approach. 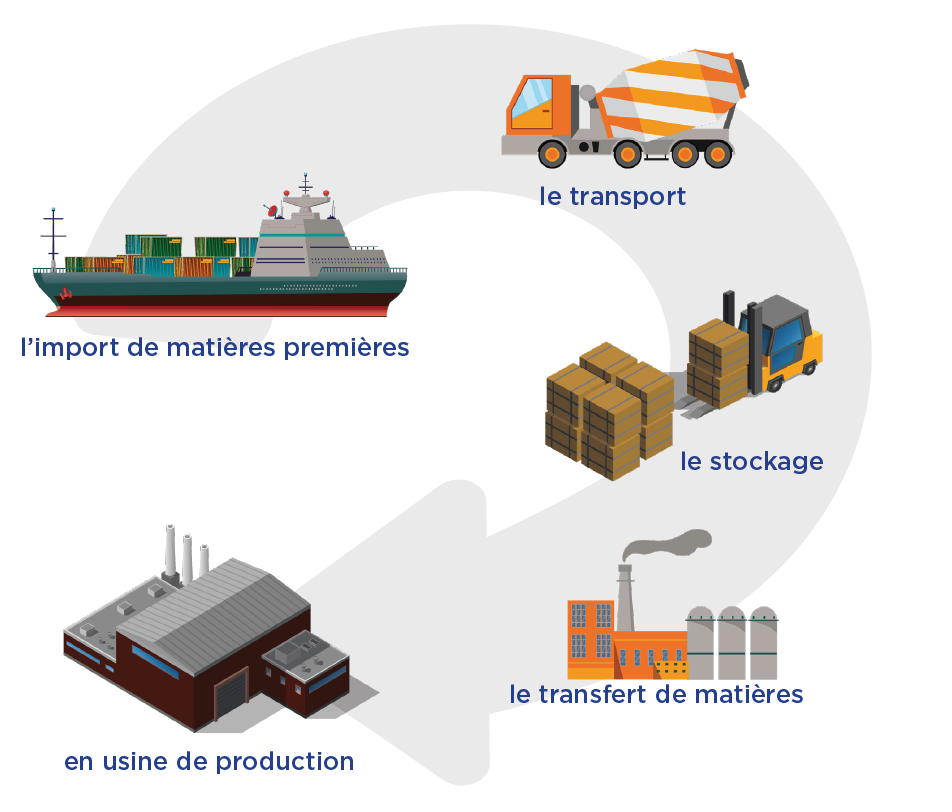 Designed for all those involved in the plastics sector – resin manufacturers, hauliers or plastics processors – Operation Clean Sweep® (OCS) provides each company with the operational tools they need to implement best practices for handling pellets and maintaining manufacturing facilities during the production, transport and processing of these pellets.

about this international programme.

For example, the J&M PLAST, PTL, SPHERE SPAIN and SPHERE NEDERLAND subsidiaries have committed to this circular economy initiative. Thanks to this programme, it is possible to collect and recover pellets in the form of solid recovered fuel (SRF).

To implement the programme, it is important that we review the current situation and identify any parts of the industrial plant where the loss of plastic pellets is likely.

We must then determine what is needed to make the necessary improvements to ad hoc plant and equipment, contain the leaks and prevent granules from being released into the environment.